BT is offering employees the opportunity to take a year off work in exchange for a massive pay cut.

The telecoms giant, which posted a loss of £1.3 billion in the first quarter, said the move would allow it to avoid making job cuts.

Staff can also take a £1,000 one-off payment if they switch from a full-time to a part-time contract.

Parents are being offered the chance to only work during school term time so they can spend summer holidays with their children.

The proposals, leaked to the Daily Telegraph, were confirmed by BT in a statement.

“BT is known for its progressive human resources policies with flexible working,” the firm said.

“Being one of the largest employers in the UK […] this is an extremely progressive way of managing costs during a recession, rather than making redundancies.”

“We recognise that there are falling work volumes at BT and have been focused on staff retention and avoiding any need for compulsory redundancies,” said Andy Kerr, deputy director of the Communication Workers Union.

In May this year BT announced plans to axe 15,000 jobs as it seeks to make up its £1.3 billion first quarter losses.

BT is the UK’s ninth largest employer, and is the biggest British company so far to cut is workers’ hours on such a large scale. 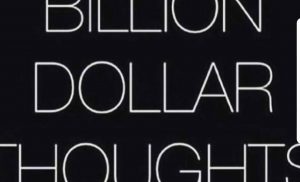