/ Uncategorized / What Does The Future Hold For UWB

The rumours stem from the recent closure of UWB start-up company WiQuest, and TZero not having enough funds to continue development work in the new UWB platform.

Staccato Communications decried the rumours, saying the slow acceptance of UWB stems from a lack of suitable solutions, not from a lack of demand for the new technology.

The early developments in UWB lacked performance, cost too much and were not compatible with worldwide standards – standards which have been subject to much debate and confrontation.

But development has now caught up with these criteria and new products coming onto the market are now meeting these standards.

The company said the failure of TZero and WiQuest could have been speeded up by the current worldwide recession, and pointed out the company failure rate in other new technologies before they came onto the market, such as Wi-Fi and Bluetooth, which both experienced high failure rates, slow technological development, and interoperatorability issues.

UWB has suffered the same problems, and Staccato said there would probably be more start-up failures before the technology took off worldwide.

Staccato also pooh-poohed the recent news that Intel was moving out of UWB research, pointing out that the company had also done the same thing with USB and Bluetooth start-ups.

Intel closed its Ultrawideband Networking Operations based on the decision that UWB was not part of its core business, and would buy in technology from other development companies, such as Staccato and Wisair, in which Intel has already invested money.

UWB operation has already been approved in the European Union, United States, China, Japan and Korea, and with a makeover already underway for 2017, the system would get Gen2 capacity as it moves from version 1.0 to version 1.1.

Opinions that 60GHz will kill off UWB were also put down by Staccato, saying that current development of this alternative were simply demonstrations at this time and that final development of 60GHz was still a number of years off.

It also denounced the use of Wi-Fi for Personal Area Networking, saying there were interference issues and limitations to usage models, both of which do not occur with UWB.

It pointed out that there is a fivefold increase in speed with UWB as compared to Wi-Fi, its power efficiency is tenfold better, and it offers better user density.

With the increasing prevalence of iPhones, Netbooks and other modern technology, UWB provides the answer the world needs, allowing for the most efficient way for streaming HD media content, which has a major influence on battery life.

With the release of its 65nm Ripcord2 single chip innovation, Staccato is already delivering on workable UWB.

This has placed Staccato at the forefront of the UWB industry.

The new WiMedia SER requirements includes regulatory requirements for worldwide usage, which will allow much wider deployment for the WiMedia platform.

These requirements, which are already being addressed by both Staccato platforms, include Band Group 6 operations, which allows signals to hop around three bands globally, as well as supporting Band Groups 1 and 3.

Increased range comes from the introduction of channels that allow 2-band hopping, which also allows increased compatability worldwide for UWB.

The new Detect and Avoid requirement protects other radio services, such as mobile phone networks and radar, from interference from UWB operations. 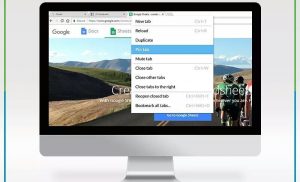