Latest research from analyst Datamonitor has outlined the opportunities for network equipment vendors and their channel partners in targeting the global market for wireless local area networks (WLANs) deployed within enterprise locations.

According to Datamonitor, municipal Wi-Fi can help local governments deliver on efficiency targets by lowering communications costs, facilitating mobile working and enabling the emergency services to have on-the-spot access to information. Different regions inevitably have different priorities in mind for a wireless blanket, whether it’s expanding internet access to more disadvantaged citizens or attracting new businesses to the area. Therefore, there are a range of business models in play.

In the UK, Norfolk launched a blanket community Wi-Fi network in August 2006, with the aim of improving access to information and providing opportunities for more flexible and mobile working. Milton Keynes also launched a Wi-Fi network in its city centre last August. More recently, a free wireless network was switched on along a 22km stretch of the River Thames in London.

Government technology analysts at Datamonitor report that local communities are increasingly choosing to partner with commercial service providers to build Wi-Fi networks. A public-private partnership business model is attractive to both local governments and service providers because it allows each to focus on its core competencies – serving constituents and providing internet service.

The Milton Keynes’ network is based on this type of mixed, public-private model. It was launched by wireless communications company Briteyellow, in partnership with Invest Milton Keynes. While it currently covers just the city centre area from the station to the main shopping street, and a business district known as “Hub Milton Keynes”, there are plans to expand the network over the next year to 18 months.

It is considered that having a free and fast wireless network not only helps attract inward investment to an area, but helps facilitate mobile working, and supports a café culture. Having broadband out of home, accessible, on the move in a cost-efficient way can stimulate more business, more networking and more well being. 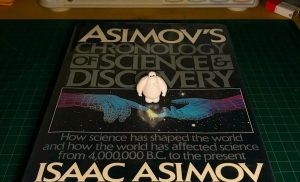