Since the company was founded, Cambridge-based ip.access has boasted that it provides the number one way of receiving a cell-phone signal in places that normally have trouble getting these signals.

Now they have the research to back up the claim.

A picocell is simply a small base station that extends mobile coverage inside places where exterior signals can’t easily penetrate, such as office buildings, ships, aircraft cabins, shops, etc.

Currently, nanoGSM provides GPRS, GMS and EDGE coverage for over 35 operators around the world.

In the ABI study, ip.access came out on top in both implementation and innovation categories.

According to the study’s authors, ip.access is the “dominating force” among all picocell companies.

Ip.access is also positioned for growth in the coming 3G picocell market due to its already-established femtocell technology, known as Oyster 3G.

Aditya Kaul, the ABI Senior Analyst who authored the report, says he expects that the picocell market will continue to grow well into the net decade.

However, companies like ip.access must “adapt and innovate next-generation picocells with a view to reduce their total cost of ownership,” he says.

For instance, future picocells, like femtocells, will offer self-installation by the end customer, giving them higher capacity and longer range.

Ip.access has a bright future for other reasons too.

Just last May, Qualcomm invested heavily in the company, following on the heels of a large order for femtocells from AT&T.

The AT&T order is significant because this indicates that the telecom giant is committed to the benefits and future of femtocells, which means other similar companies might soon follow suit. 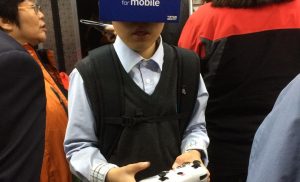