/ Uncategorized / Vodafone wants to own T-Mobile

Large British mobile service provider, Vodafone Group Plc, is considering placing a bid for T-Mobile in the UK, although regulators may not allow the purchase to continue if Vodafone succeeds.

T-Mobile is owned by Deutsche Telekom AG and is valued at about 2-4 billion euros.

The acquisition of the company would give Vodafone the most power in the mobile phone market, owning about 40% of all shares.

Currently, Spain’s Telefonica SA has the largest share in the UK with its O2 service provider and a share of about 27%.

Deutsche Telekom AG has placed JPMorgan in charge of strategy for selling T-Mobile due to its underperforming status over the last few years.

Vodafone and Deutsche have both declined to comment on the rumours, but sources close to Vodafone have stated that the company is considering making an offer on T-Mobile UK or undergoing a joint venture with the company.

The UK is the only country in the European market that has five mobile companies that compete and each complains the fierce competition and over saturation causes reduced profit margins for each operator.

Regulators however may disapprove of Vodafone holding such as a large monopoly on the market, but there are 40% market shares in France, Italy, and Spain currently, so there is a chance the purchase could be approved. 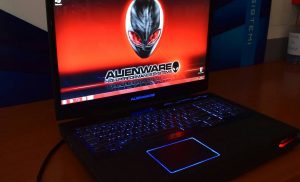