The telecom firm of C&W (Cable & Wireless) was forced to absorb £189m in losses as it watched its profits for the year fall by 13% due to high costs for a recent acquisition, and costs related to overhauling its London office, which forced the company to lay off 25% of its workforce.

Outside of the losses due to the one time acquisition and revamp, C&W still saw its overall earnings rise to £422m, a 37% increase.

The company also showed that revenues in all regions increased and that C&W was able to gain additional profits from the devalued pound and other international currencies across its market earnings.

C& W remains upbeat despite a 9% fall in its share values as Chairman Richard Lapthone released a statement acknowledging that the company is aware of its losses alongside the recession, but that it is prepared to see growth in the coming year.

In fact, Lapthorne stated that it expects to see up to £1b in earnings by the end of 2017.

Some of this money is expected to come from Thus Group which C&W purchased in October of 2016.

Killick & Co. spokesman Jonathon Jackson said the market expected to see the new mergers and acquisitions impact the market more than it did.

C&W responded by saying it will move forward with growth when the equity and credit markets stabilise. 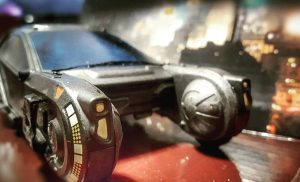