In the light of the UK Government’s new goal to make sure that every user across Britain has an internet broadband speed of at least 2Mbps, the Tooway Satellite consumer broadband service has announced that this can be achieved using satellite technology.

Along with the initial announcement, the company also informed the public that as of July 1st all customers will receive speeds of at least 3.6Mbps and by 2018 will be able to count on speeds of 10Mbps.

Additionally, the company will also be increasing uplink speeds to 384kb/s.

The added benefit of choosing the Etelsat Tooway broadband service is that the stated price of the 2Mbps service is £29.99 per month and will not be raised even when connection speeds rise, making it a great buy for those who want faster internet connections.

Eutelsat Multimedia Director Arduino Pattachini stated that the company both welcomes and encourages the new initiatives of the UK Government to make the UK more digitally connected and would like to engage in discussions with the policy makers as to how they can offer higher broadband speeds nationwide to customers quickly.

Tooway operates via a two-way broadband satellite service that mirrors the same approximate costs and speeds of ASDL.

Essentially, internet is provided in the home from a traditional modem which is able to read satellite dish signals.

It has a customer base that is local and global with a presence in a little over 20 European countries, with many more countries gaining access to the Toolway system in the coming months. 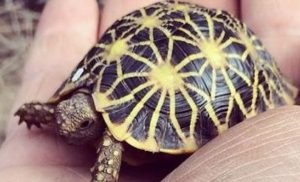