The F&S Award for Growth Strategy Leadership is an annual nod to companies that it feels show a well considered growth strategy within their chosen industry.

Aastra Technologies scooped the award beating out larger rivals. Over the past year the company has managed to increase its size and market share by means of increased sales and acquisitions in Europe.

The company has managed an enviable record of 10 years of quarter on quarter profits.

Researchers for Frost & Sullivan pointed to the company’s untiring focus on its chosen market of enterprise communications as one of the main reasons for the award, as well as seemingly interminable steady growth,

Their takeovers included analogue telephone business from Nortel and Ascom’s PBX division as well as several other acquisitions including EADS Telecom and DeTeWe KG, and to round off their thirst for picking up other businesses they took over Ericsson.

Ericsson will give Aastra access to new hunting grounds in many markets including Africa, the massive Asia Pacific market and both North and South America,

F&S sees the SMB sector of this market growing substantially over the next few years. 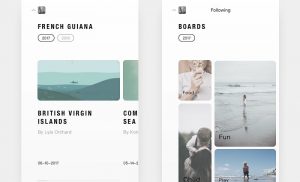